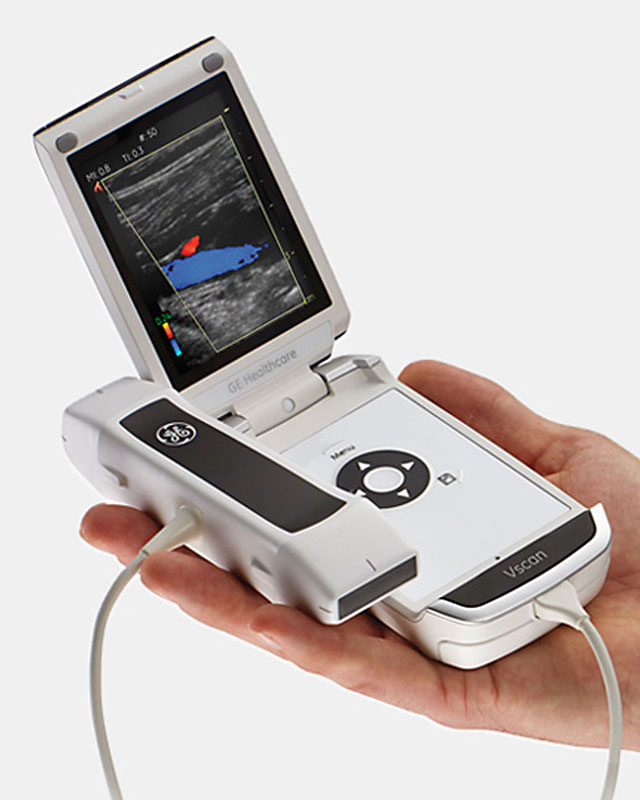 The GE Vscan with Dual Probe is a portable handheld ultrasound machine with two transducers mounted on either the end of the same probe to give linear(similar to the 8L-RS probe used on Vivid e) and sector(similar to the 3S-RS probe used on Vivid e) functionality to the Vsan. The GE Vscan with Dual Probe and the former version GE VScan have the same system display size and shape of a flip-type cell phone, and the same clinical intended use with exception of small parts, MSK, vascular access, and novascular access. GE invented the category of handheld ultrasound with the Vscan in 2010. GE continuously extended available applications for both clinically and practically with physicians in practice. The dual probe definitely meets the clinical demands to cover various clinical application.

Leave your inquiry and we will contact you back.

Call Back Write Us